As a nexus of creative disciplines and experiences, Academy of Art University has long been an institution about which Nicolás Villarreal MFA ’02, an alumnus-turned-executive director of the School of Visual Development, has been passionate. Find out about his path toward professional success as a visual designer, and why he is the best to learn from as you pursue your degree in Visual Development.

Argentinean-born alumnus Nicolás Villarreal, MFA ’02, came to Academy of Art University in 2000 as a 21-year-old with a degree in 2D animation from the Escuela of Animación y Cinematografía de Avellaneda. He pursued a custom master’s degree program in Animation & Visual Effects and Illustration, graduating with honors in 2002. Four years later, he returned to the Academy to teach in the Animation school, before becoming the founding director of the School of Visual Development. For Villarreal, the Academy is home. “Coming to San Francisco, and especially to this school, I became part of a community. I love animation, and I love teaching here.”

Outside of school, Villarreal is the creative director of Red Clover Studios, a family business he runs with his father and brother. Among the animated short films the company has produced are Nieta (2014) and Pasteurized (2012), two titles that were featured in Court Métrage programs during recent editions of the Cannes Film Festival. Nieta tells the story of how an incoming storm helps transform a young girl’s view of the world, while Pasteurized centers on hijinks that ensue after a scientist receives an unexpected visitor on a quiet night of experimentation. The trailer for Red Clover’s third production, The House of Colors, recently debuted on the company’s website.

“Imagine that the movie theatre screen is a white canvas,” Villarreal says. “Our job as visual developers is to fill up that space with functional and appealing designs.” To teach Academy students how to achieve this, Villarreal drew from his experience as a student to design a Visual Development program that is rich in animation, illustration and fine art. “A lot of those disciplines are crucial to the design of characters and environment, and familiarize students with structure, shape and form. As a visual development artist, you will work off a script or creative brief to design the look of a film or a style that moves and flows in a cohesive universe. Visual development applies to everything from film to animated film, TV, theater and even industrial design.” 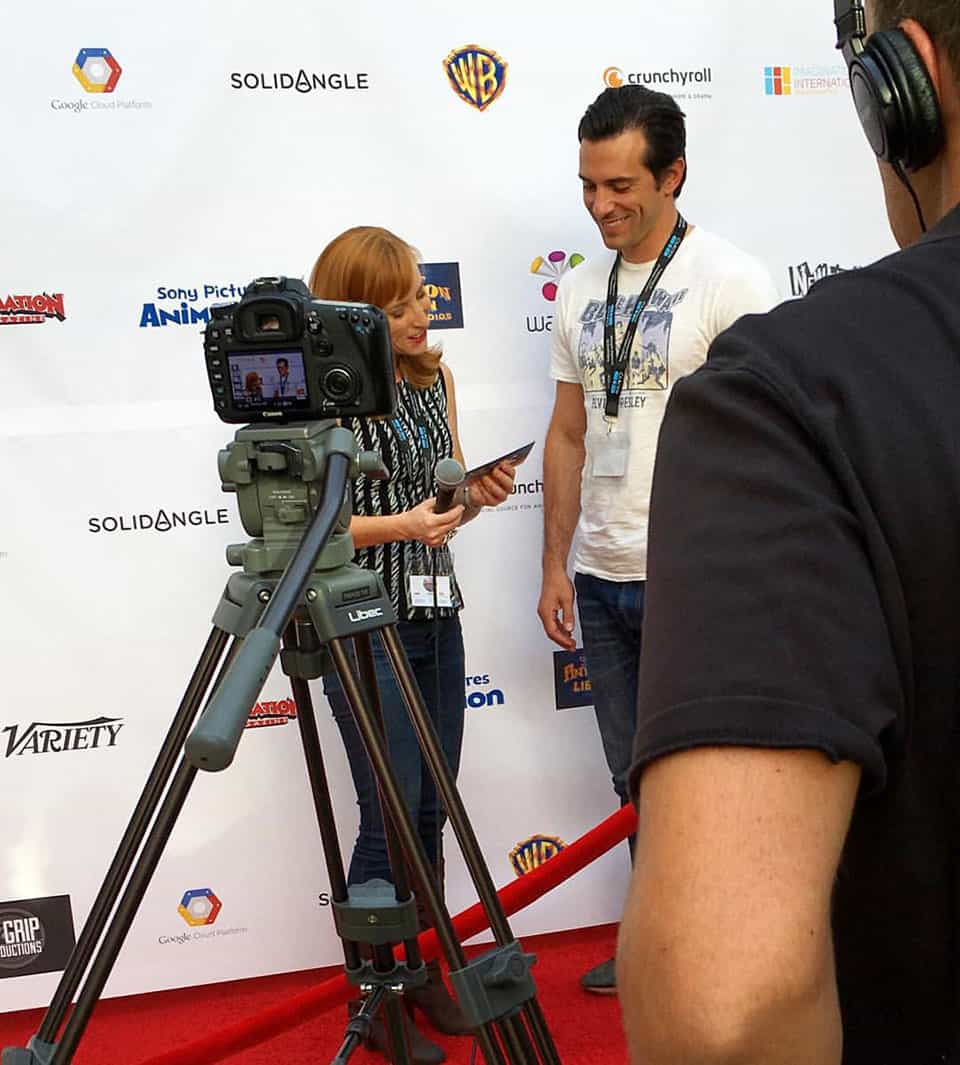