Four Academy students—two recent alumni and two current students—have been selected as finalists and winners in this year’s prestigious Adobe Design Achievement Awards. Their entries were selected from among 5300 submissions to the competition from students around the world. 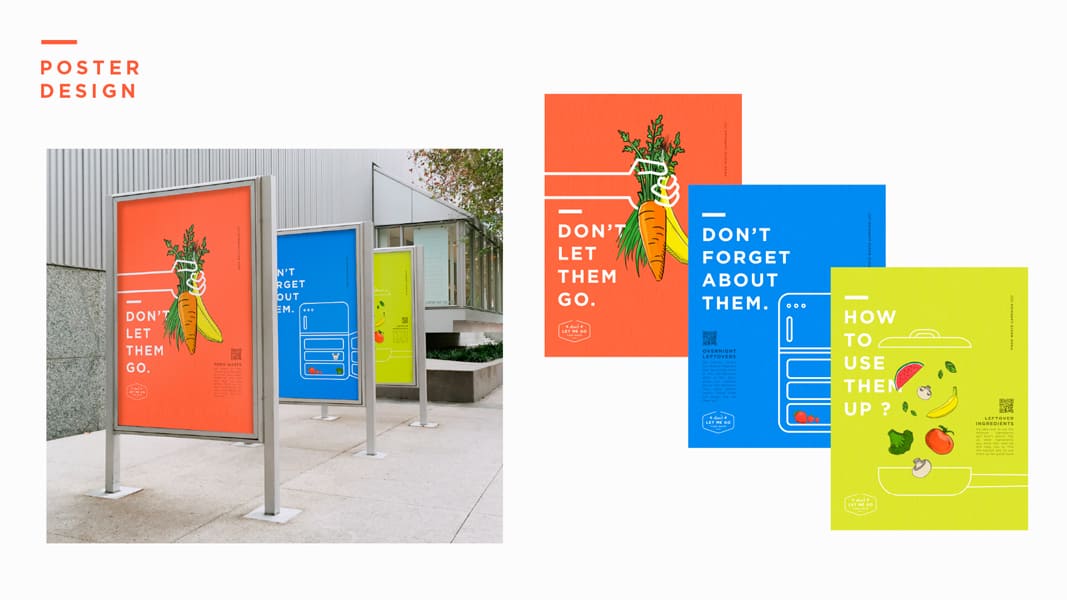 Wei Jia Tan
“Don’t Let Me Go,” a food waste reduction campaign by Wei Jia Tan, a current BFA student in the School of Web Design & New Media, was a finalist in the Social Impact—Web/App/Game Design category. The project originated as an assignment to create a nonprofit campaign. Tan homed in on food waste, an issue she had encountered in the Academy dining hall and at home.

“There are many campaigns about food waste right now, but I feel like they’re not connecting with the audience,” says Tan. “I wanted to find a more human way to create empathy, so the user can think of food from a different perspective.”

She picked the project name to conjure an emotional response. Illustrations lend an organic feel to the campaign’s posters and website, which provide helpful information about how long food lasts and tips for using up ingredients. Evan Tolleson
“Knowing that the judges are working professionals who are respected in their industry, being selected was a real compliment,” says Even Tolleson, a 2016 BFA graduate of the School of Graphic Design . Tolleson’s Seven Stills Distillery project was a finalist in the Commercial—Packaging Design category.

Seven Stills, a small-batch San Francisco distiller, produces whiskey using craft beers, instead of the typical grain mash. Tolleson’s challenge was to bridge the gap between the familiar whiskey aesthetic and that of craft beer. His design combined illustration with a restrained color palette and modern typeface to connect the two worlds.

A literally layered approach contributed to the concept. “A paper wrap around the bottle speaks to the craft beer industry, and once the consumer peels that away, you get the whiskey experience,” says Tolleson. Andersson’s work concerns “the control of authority and the abuse of power, and how people become indifferent or numbed to power,” says Chung. “If people are indifferent to their vulnerability, they will become negative, selfish and lacking in empathy.”

The project incorporated a festival catalog, tickets, DVD packaging, a website and more. Chung experimented with different materials to determine what best suited the message. She ultimately chose concrete as the packaging material “to imply the feeling of crumbling work.” 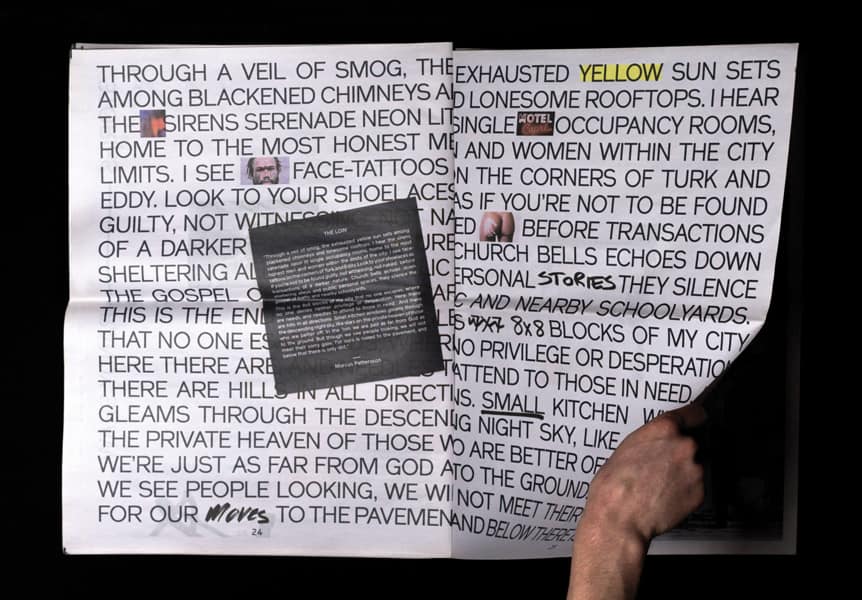 “Since I moved here four years ago, I’ve been living on the edge of the Tenderloin, and I walk through it a lot,” says Vaage. “It’s a very different experience from the rest of San Francisco.”

Through photos, essays and interviews, the zine presents an unfiltered view of the mash-up of high and low culture that’s part of the Tenderloin’s personality. “The whole point was to be very straightforward and honest, and not try to sugarcoat what the neighborhood really is,” he says.

About the Adobe Design Achievement Awards

The annual Adobe Design Achievement Awards honor the most promising student graphic designers, photographers, illustrators, animators, digital filmmakers, developers and computer artists from around the world. Since the inception of the awards in 2001, over 38,000 students from 73 countries have participated in the competition.

Competing in 14 categories spread across fine art, commercial and social impact segments, entrants are judged on criteria that include originality, creative excellence and ability to meet a communication objective.

Adobe and Academy of Art University have a longstanding relationship that simultaneously supports Academy students and Adobe’s software development efforts. The Academy provides a subscription to Adobe’s Creative Cloud to all students, ensuring they have world-class software to help them master their disciplines as they build their graphic design portfolio. And Adobe has enlisted the Academy as a beta site and in other efforts to refine its world-leading software.